Skip to content
Mind. Your Business > Blog > Business > How Side Hustle “Gurus” Take Advantage of their Victims’ Laziness and Lack of Skill 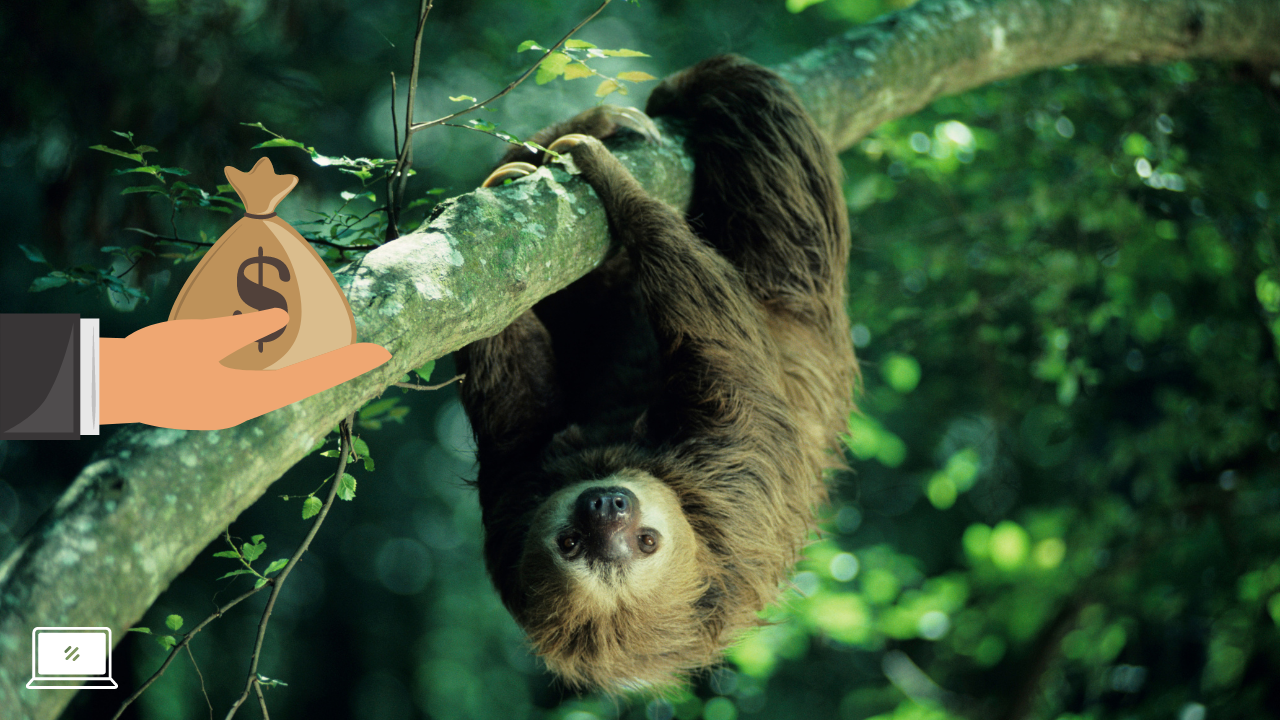 I would like to start by apologizing to the sloth in the image above for using their photo in connection to this post. I am sure he/she is incredibly skilled and productive, unlike most of the individuals who fall prey to the many self-proclaimed “side-hustle/passive income experts” that inhabit the online environment.

Medium especially is a fertile ground for such practices and individuals.

We see them everywhere. Tips and tricks on how to achieve financial freedom or “infinite financial success”, conveyed directly by those who somehow managed to find the secret money-making fountain that only requires one to exist and be awake for just a few minutes a day in order to flood their life with unimaginable wealth and achievements.

The “experts” themselves have been drinking from this fountain for… at least a week before deciding that they can no longer keep the secret to themselves and they have to share it with everyone, everywhere.

“How I made $75K per minute over the last week by only clicking a few links”, “How I write 10 posts a day before I even wake up”, “How I sold 10.000 online business courses when the only “business” I ever had is this one, where I sell you business courses”, “I publish original long-form, well-documented articles, daily on these 50 websites”, and many other incredible resources of knowledge are available to anyone who can open an internet browser and is willing to put some effort into searching educational resources by typing keywords such as “how do I make money fast online” or “websites that pay you” or the simple, yet classic, “passive income”.

These knowledge-thirsty individuals won’t be disappointed.

The search results will be quickly populated with gems similar to those I mentioned before.

The passive income/side-hustle gurus have these individuals’ back. Each of them wrote more articles and ebooks than anyone in their target audience could ever read.

And it’s all good stuff.

They post tons of screenshots, because they’re legit… and not because that makes you scroll for a crazy amount of time while keeping their bounce rate low and their reading time high. But I digress…

Anyway, the point is that the level of greatness reached by the gurus is in fact available to anyone, and can be achieved by doing… well… nothing. Or not much, anyway.

That’s the biggest selling point: to achieve the $75K a minute, the 1M followers, or the 10.000 participants to your event, you don’t have to do anything really.

And if at any point, any of those materials mention that some action must be taken on the part of the newbie, it is almost always something incredibly easy.

That’s how “side-hustle experts” prey on their victims. By exploiting their laziness — or lack of motivation or desire to activate any level of intentional effort to achieve a goal — , and their lack of skill — most of the people who fall for these scams don’t have any skill or expertise to rely on when thinking about producing an income.

And it’s because these people have no idea what it takes to be successful in a field that they accept any explanation provided by a faux-expert.

Some of the methods used:

Selling dreams to those who can barely act on their plans is a very lucrative business. It won’t stop, no matter how many of us will try to call these individuals out on their BS, or how many times we’re going to explain how the scam works.

There are plenty of people who want the opportunity to at least keep their dream of potential success alive, no matter the cost.

Manipulators will use these people’s vulnerabilities and make them the resource for their own success and wealth.

Also, most of the time, the victims are willing participants in these scenarios — they want a great result for an unrealistic amount of minimal effort.

“Side-hustle gurus” and “no-effort guru” wannabes is a match made in passive income heaven. The problematic part is that one party gets to live the “passive” dream while the other one gets all the income.

Note: I am not trying to target with my article those individuals who genuinely convey knowledge and share resources that allow people to navigate the financial world, especially online. This is also not an attempt to attack the passive income concept and field — I am an active participant in it by writing here, on Medium, by publishing online courses, and writing on my blog. I recognize and use the value of the method. What I am trying to do is discriminate between content that can assist a person’s personal growth and the meaningless promises and prompts that are only beneficial to one party — the “guru” — and trigger no positive change for their audience. And yes, many of us enjoy stories of (easy) success every once in a while, but most of us don’t take them for educational resources and can see the difference between dreams, plans, and action.

This article was originally published on an external platform on April 10, 2022.