Skip to content
Mind. Your Business > Blog > Business > How Skillshare Exploits Teachers and Why You’re Getting Pennies for Your Work 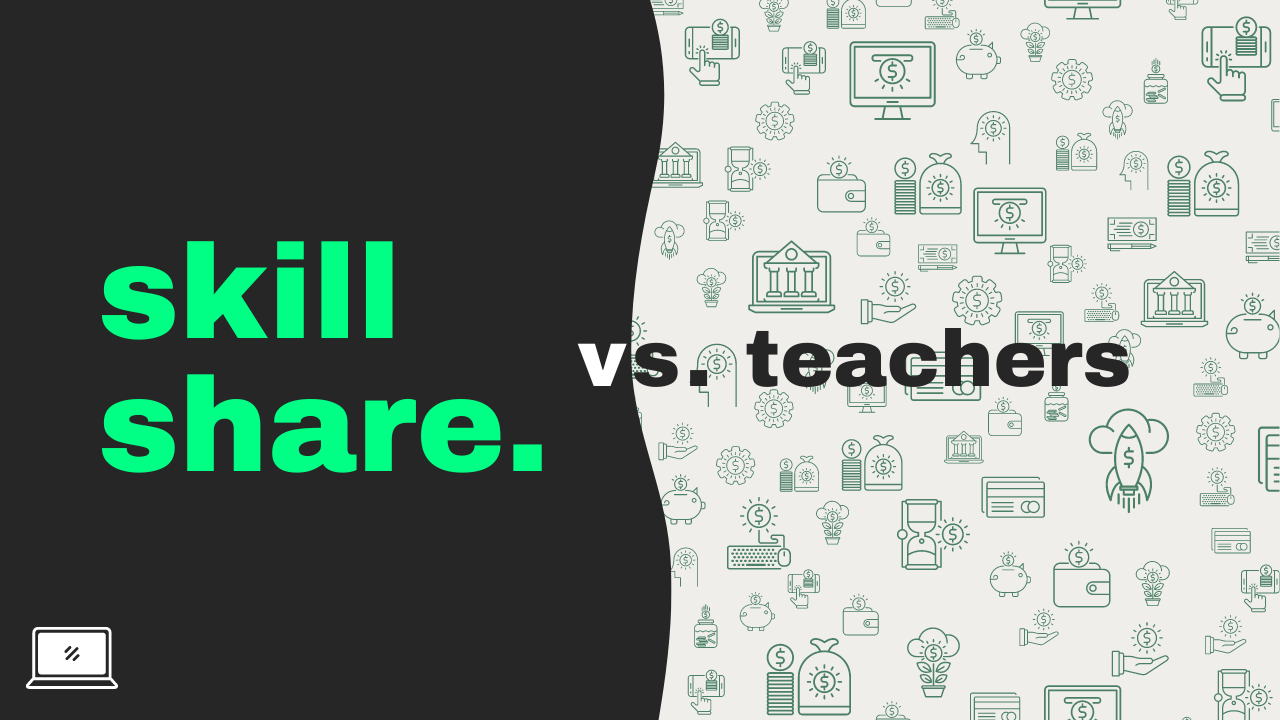 Teachers’ earnings dropped dramatically and everything now functions like a pyramid scheme.

After more than 3 years of using Skillshare as a secondary marketplace for my online courses, I decided to remove all of my content from the platform.

I already detailed my reasons for leaving in a previous article. You can read it here:

Why I’m Removing All Of My Courses From Skillshare

While my arguments revolved mainly around Skillshare’s poor management of educational content, which includes the censorship of relevant topics such as critical thinking, those are not the only concerning things happening there.

In fact, most of the recent changes made by the platform reveal the disturbing way in which Skillshare sees and treats the content creators that choose to license their content to this particular marketplace.

Over the last year, Skillshare became a toxic, exploitative environment, for both teachers and students.

You can read or watch opinions from both groups on YouTube, Twitter, and other social media platforms.

Teachers are getting paid less and less — recent changes seem to have triggered an average 30–70% pay cut —, their content is being rejected or removed for trivial reasons, vague terms introduced by Skillshare alone decide their next payment, among many other things.

Students most often complain about not getting enough value for their money and that Skillshare will do anything to avoid refunds, even when the context would allow it.

People are not happy.

And it’s getting worse with every new modification they implement.

While my main motivation for licensing content to Skillshare was not financial, one cannot pretend to not see the absolute joke the payment system enforced by the platform became over the last year alone.

I will list below the main ways in which I think Skillshare exploits its teachers, financially or otherwise.

These aspects alone should make one decide against joining the platform if their goal is to earn a decent amount of money for their work.

1. Teachers are paid from a fixed fund set by Skillshare at the beginning of each month. — This limits the earnings of teachers, even if the platform is doing incredibly well during that same time.

The Skillshare Teacher Fund is the pool of money that will be split among all content creators at the end of a month.

One could argue that this is a fair system since in the end, every teacher will receive the amount linked to the percentage of his/her minutes watched compared to the overall amount of minutes watched on the platform. But here’s the catch: if the platform would have an incredibly good month and say, students would watch three times as much content as usual and maybe join the platform via subscriptions at never-before-seen levels, teachers would see no increase in their earnings. They would be sharing the same money for that month, their earnings from this source are already capped.

One would have to rely on the fact that Skillshare will be fair and maybe increase the Fund for the next month, but even then, nothing guarantees you’ll have any engagement as a teacher on that specific month and that you will get your share then.

2. The new referral system is designed to scam most teachers who bring new users on the platform.

Skillshare used to pay $10 for every referral, no matter if this person stayed on the platform after their free trial or not.

Now teachers only get paid the referral commission if the individual ends up buying a subscription after the 30-day trial ends.

Here are the several problems that come with that:

The teacher ends up donating their work to both Skillshare and students, in more than one way. I will detail other methods below.

3. The 75-minute minimum rule is abusive in itself. — Teachers with a low amount of minutes watched each month basically donate all of their work to the platform.

The 75-minute minimum rule means that a teacher won’t get paid unless students watch his classes for at least this amount of time in a month.

Here’s the catch: The minutes watched by this teacher’s students do not roll over into the next month. Skillshare does not add up this teacher’s earned money until they reach a payment threshold. No. Skillshare resets progress each month.

Considering that Skillshare allows classes to be as short as 10 minutes — this means that each month, one would be donating their content, on average, to 7 students.

These are 7 students that pay Skillshare’s subscription since only minutes from paying subscribers count toward one’s earnings.

According to recent reports, more than 8,000 teachers license their content to Skillshare. That may mean up to 56,000 classes being watched for free on the platform each month. A gift teachers are forced to give Skillshare, on top of the 30-day free trials.

4. The price-per-minute dropped significantly and vague factors determine it each month.

The Teachers Fund is one thing that goes into determining the amount a teacher gets for each minute a subscribed student watched during a month.

Other factors include the type of subscription an individual purchased — this price is set exclusively by Skillshare and cannot be verified by teachers — , and course engagement — something no one knows how it translates into payments.

All of the changes triggered a price drop of more than 50% when it comes to watched minutes. The average rate was around 7 to 8 cents per minute, now it’s 4 cents or less.

Teachers have to rely on Skillshare’s fairness — which is hard to spot lately — and believe the stats they’re given at the end of the month.

It is not what we signed up for.

Not to mention it will likely attract the very wrong crowd of “teachers” who will be more interested in making money as referrers than through sharing quality information.

Many more things are wrong with Skillshare, in my opinion, but I will stop here for now.

I would not recommend anyone to use this platform anymore.

Neither teachers nor students get a decent return on their investment.

To me, all of this screams disrespect and a lack of managerial skills.

I am glad that I am leaving this platform. It won’t be missed.